The first day of mine and my sister Sarah’s holiday in Italy began with getting up ridiculously early for our flight to Naples. We managed not to argue despite the grumpy tiredness of everyone, and due to my sister’s boyfriend very kindly driving us to the airport we arrived in good time – only to find our flight had been delayed for an hour. When we eventually boarded the plane we found out the reason for the delay: the pilot hadn’t shown up for work and the captain we had had only found out he was flying our plane 20 minutes earlier! All credit to the new captain, he got us flying as soon as he could and we arrived in Naples a little over an hour later than planned.

At the airport we were greeted by Enrico the host of B&B Foria, our home while in Naples. After a short drive we were welcomed by Teresa and shown our room, which we were very happy to be able to check into straight away despite arriving 2 hours before the official check in time. Luckily we’d been able to sleep a little on the flight, so once we’d freshened up we were ready to explore.

The first thing we needed to do was find food, and after a short walk we found an amazing seafood restaurant with huge lobsters in a tank. 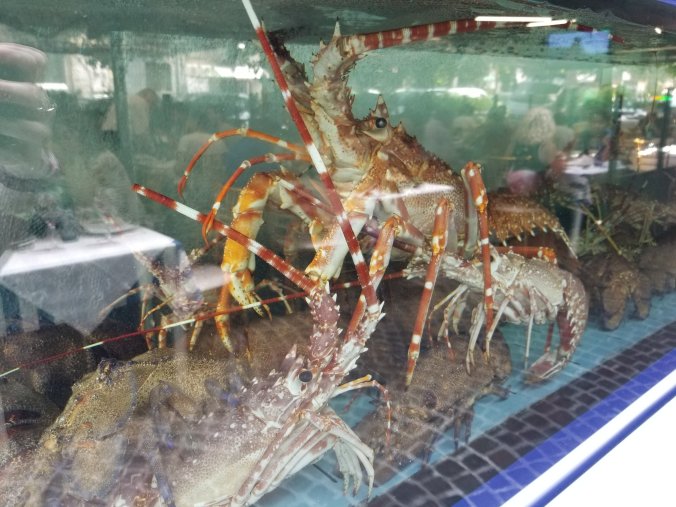 We shared a bottle of wine (has to be done for the first meal of the holiday!) and a platter of calamari and prawns, although this came out after our main courses instead of before due to our lack of Italian!

I had a delicious seafood risotto and my sister had homemade linguine with two types of shrimp. Really filling and tasty. We were also serenaded by a man playing well-known (by the other customers) Italian songs on guitar, which added to the great atmosphere. 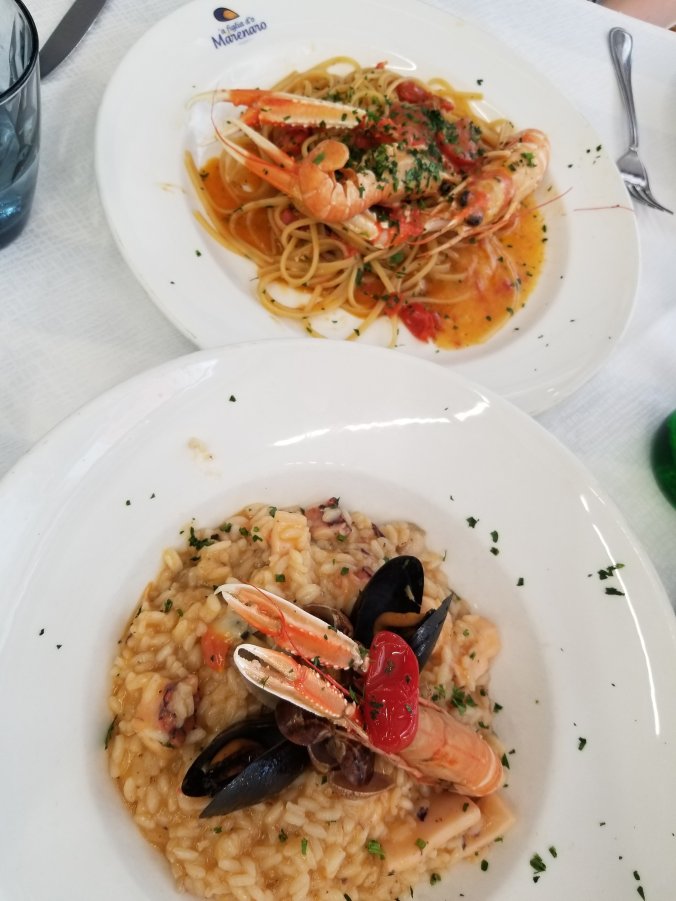 After all that food we were extremely full and took a very slow walk down to Napoli Central train station to find out how to get there for our visit to Rome the next day. On the way we saw what looked like a castle with a huge stone entrance. One of the things I love about Italy is how you come across random ancient buildings and monuments.

More exploring (at a slow pace as we were still full) followed until we found a cute little cafe bar to stop and have a break in. I also had to finish writing an article, so I did that while my sister read her book. 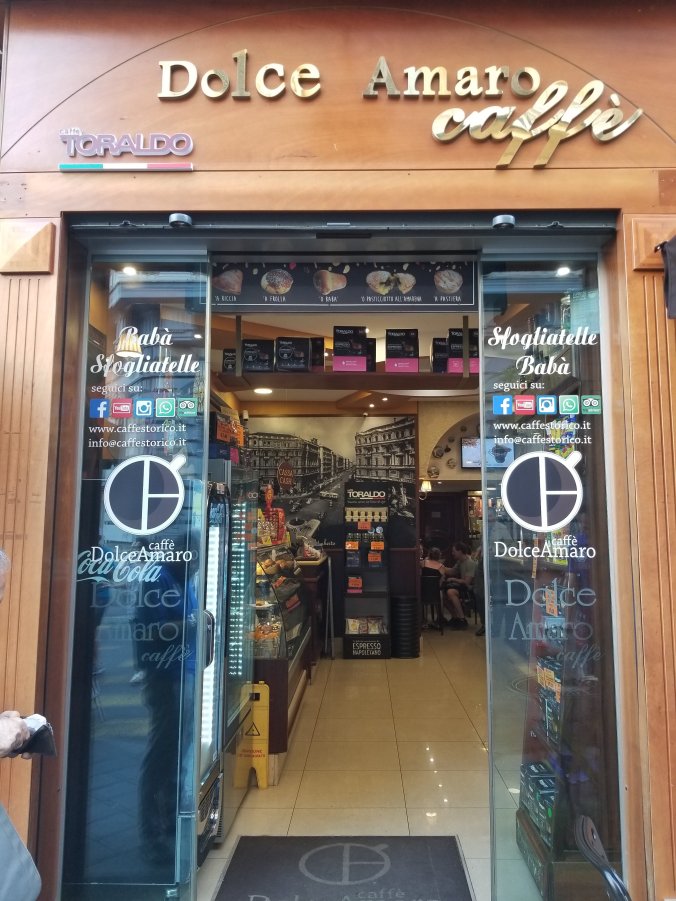 By this time we were quite tired so we headed slowly back towards our B&B a different way. We walked past an old church which had a free art exhibition on, so we took a look around and saw some stunning pieces as well as the wonderful building they were in. 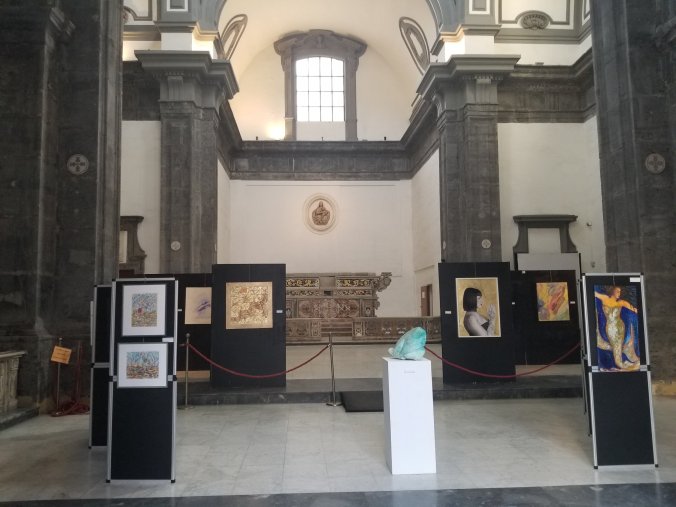 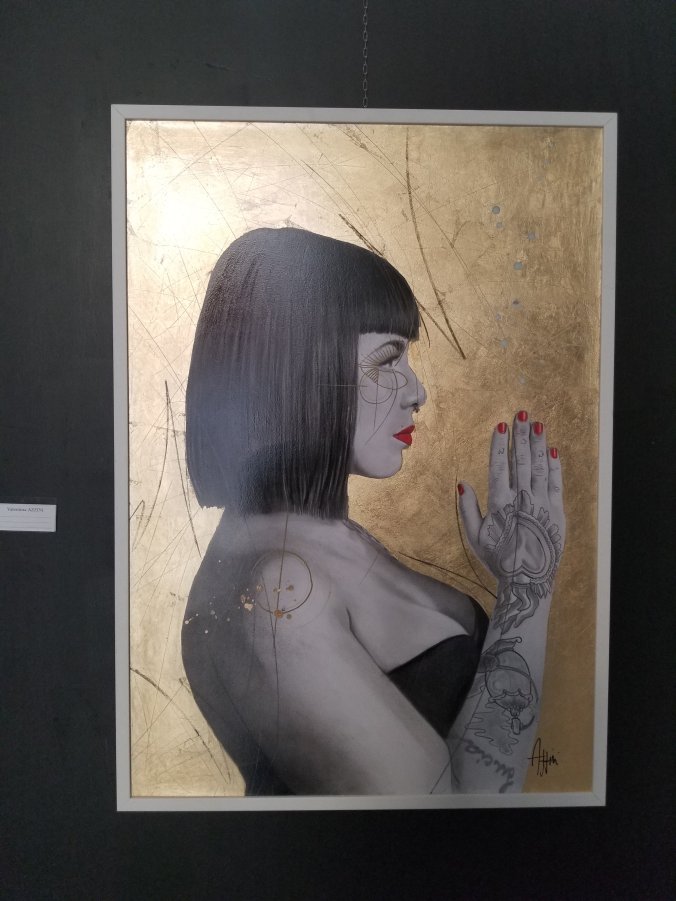 After this we came across a gelato shop, so of course we had to try some. Sarah had chocolate truffle and I had hazelnut. I think mine was tastier!

We then accidentally found Napoli cathedral so had a look around there once we’d finished our gelato. It’s a beautiful building, although quite hidden away – you don’t realise it’s there until you come across it. 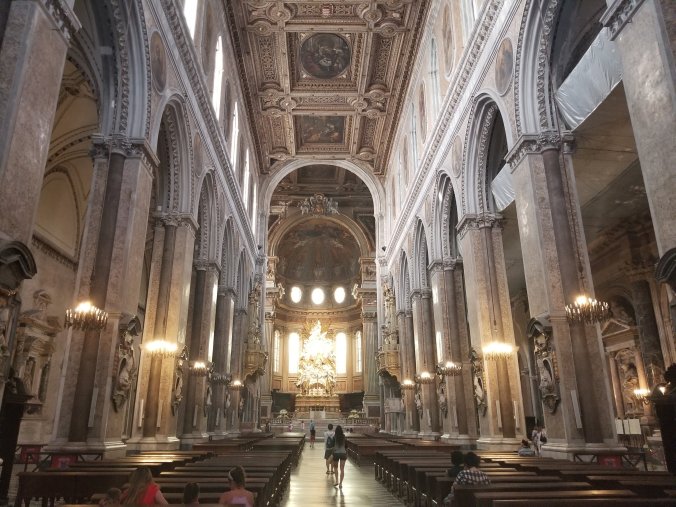 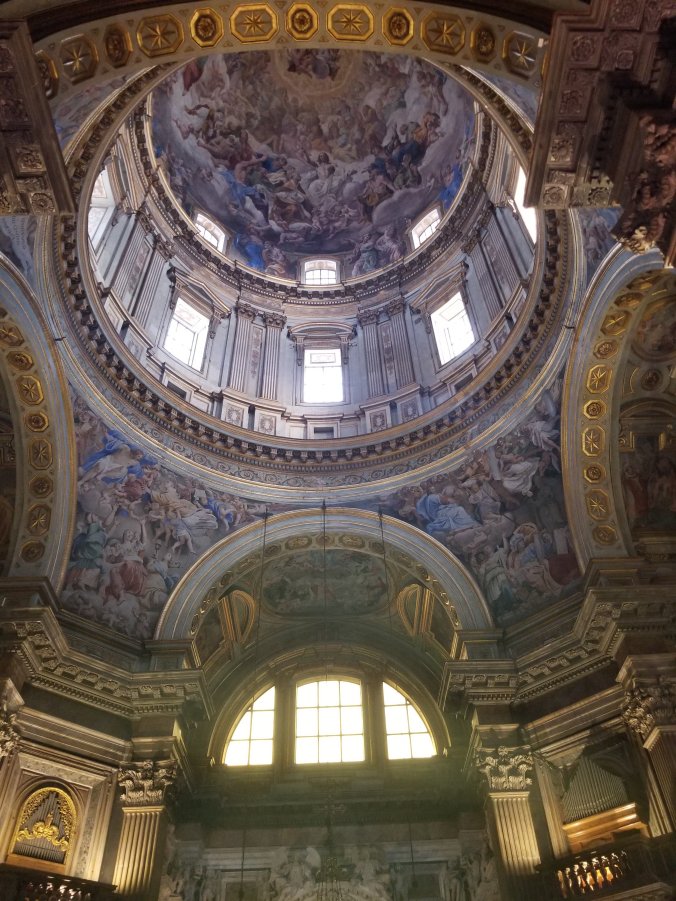 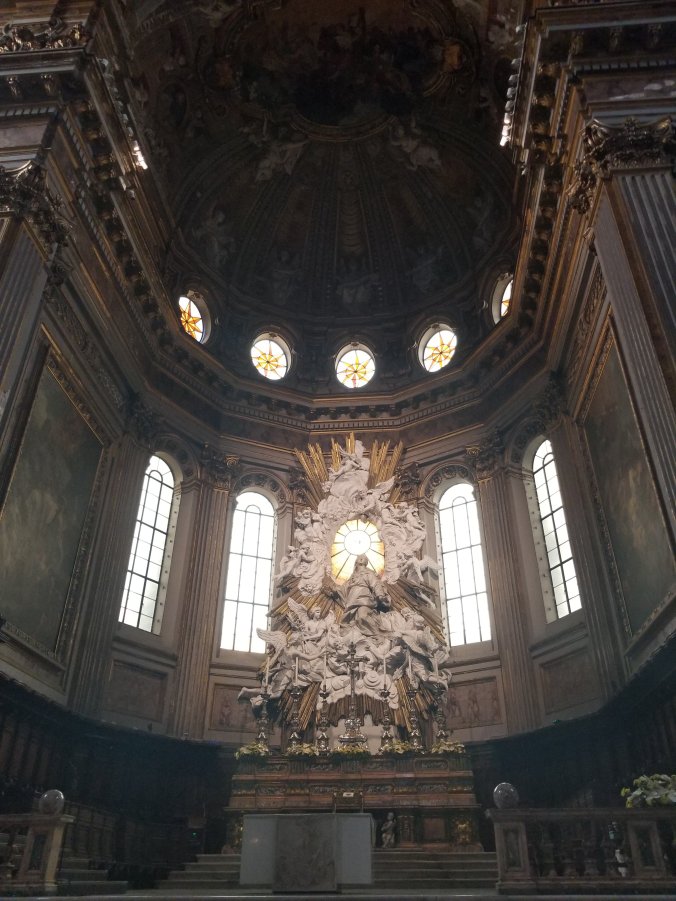 By the time we finished looking around it was 7.30pm so we headed back to the B&B via a little market and a shop to pick up some olives to nibble on. The rest of the evening was spent chilling out ready for our trip to Rome the next day. 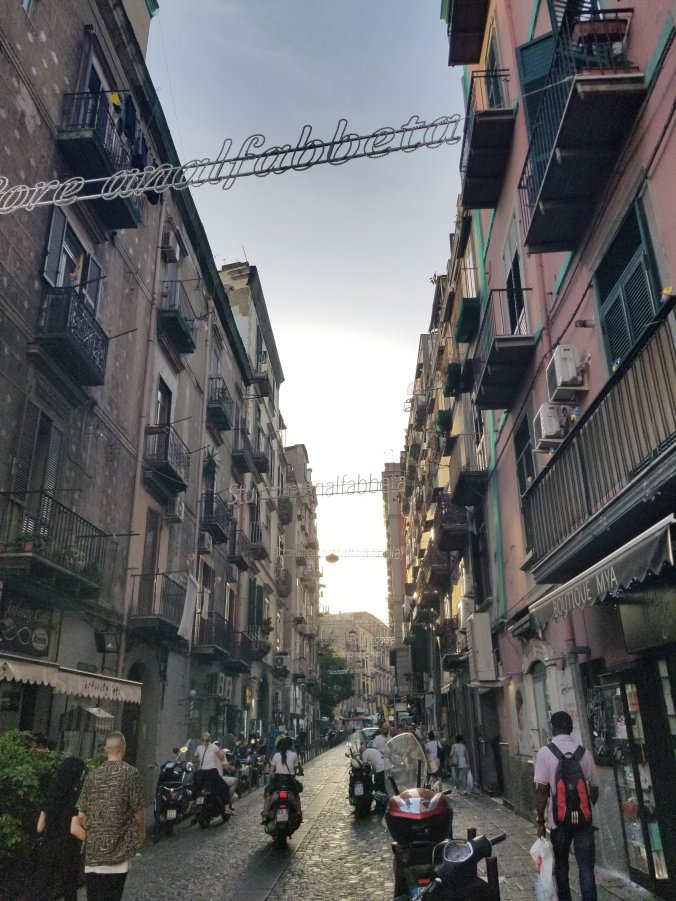